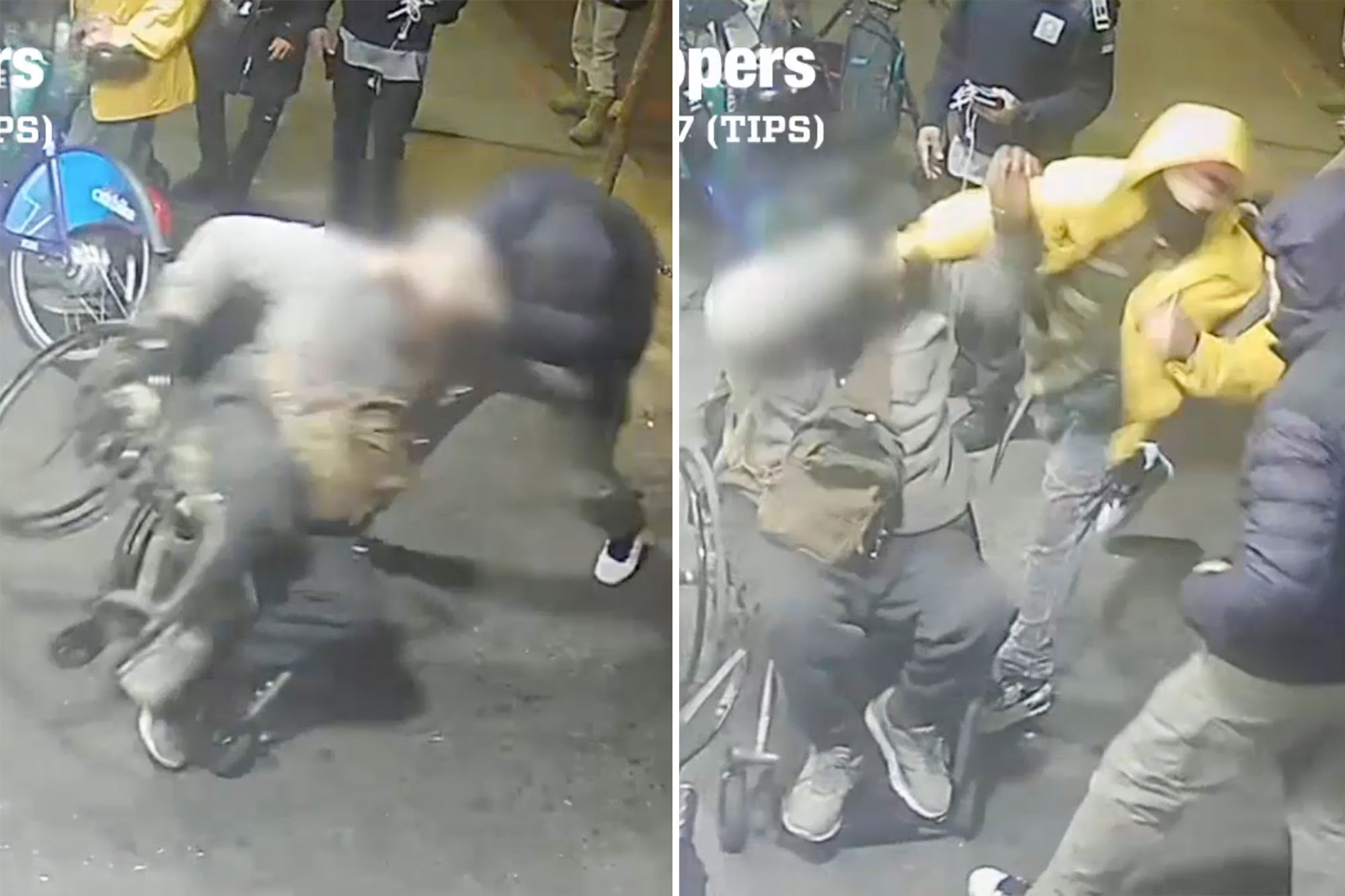 Four suspects stole a man’s backpack after one of the robbers dragged the victim from his wheelchair in the Bronx earlier this month, police said.

The caught-on-camera mugging took place outside of a bodega on East Tremont Avenue near Anthony Avenue at about 3:20 a.m. on Nov. 8, according to cops.

The confrontation began as an argument between the 39-year-old victim and an unidentified woman, police said.

Three men then joined and the suspects took turns punching the man, the video shows.

One of the men pulled the victim out of his wheelchair and to the ground.

The suspects continued to punch and kick the man as he was lying on the sidewalk, according to the footage.

One of the suspects then snatched the man’s backpack from off the wheelchair and all four ran off. They were still on the loose early Tuesday.

Police said the bag contained an iPhone 13 and $800 cash.