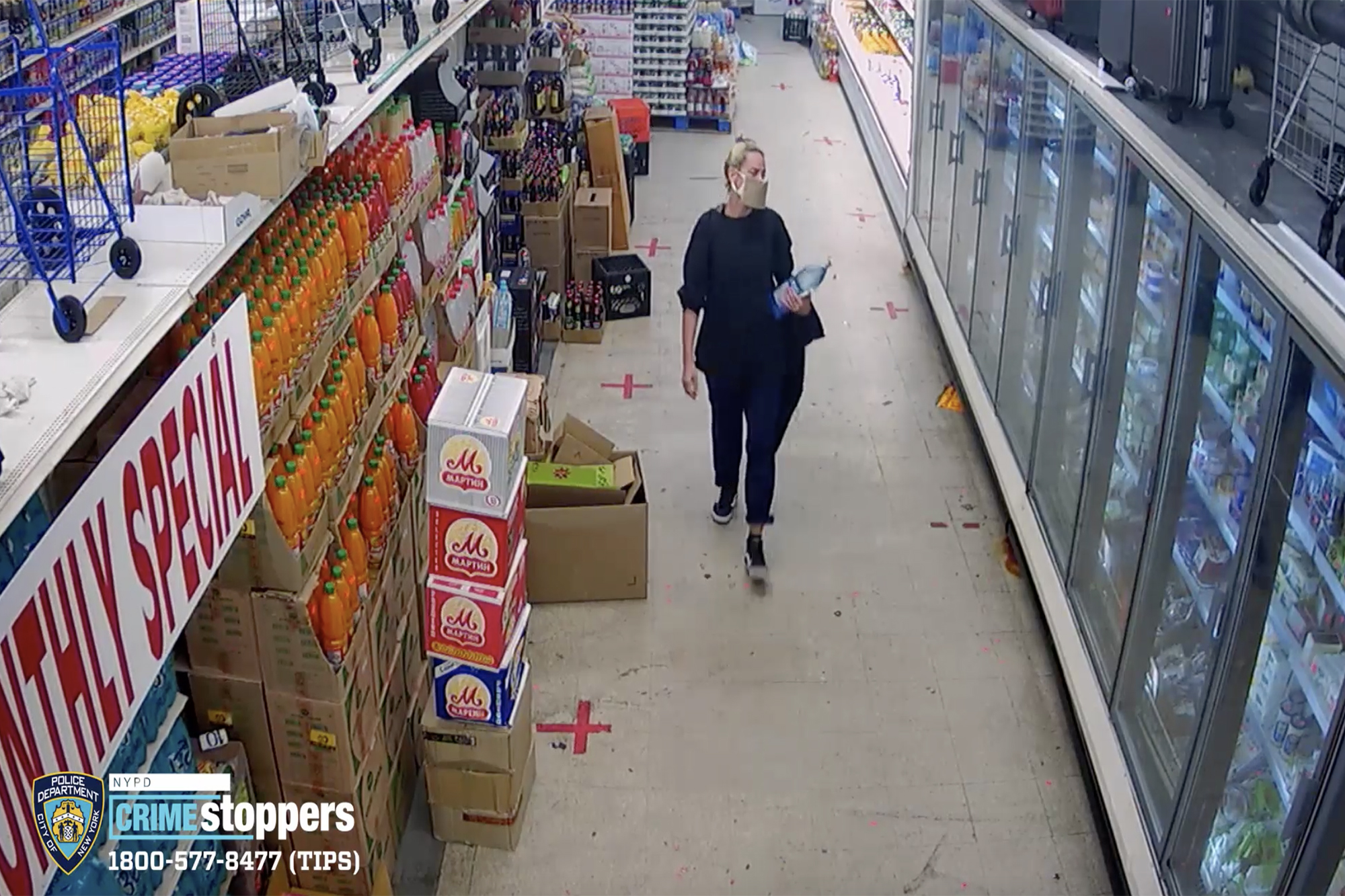 A teenage girl was targeted in an anti-Asian hate crime in front of a Chinese grocery store in Brooklyn Friday, cops said.

A masked blonde-haired woman wearing all black approached the 17-year old outside the My Mandarin market on Brighton Beach Avenue and hit her with a cardboard box around 10 a.m., the NYPD said.

The suspect, who was caught on security footage, then called her a racial slur and fled the oceanfront area, according to police.