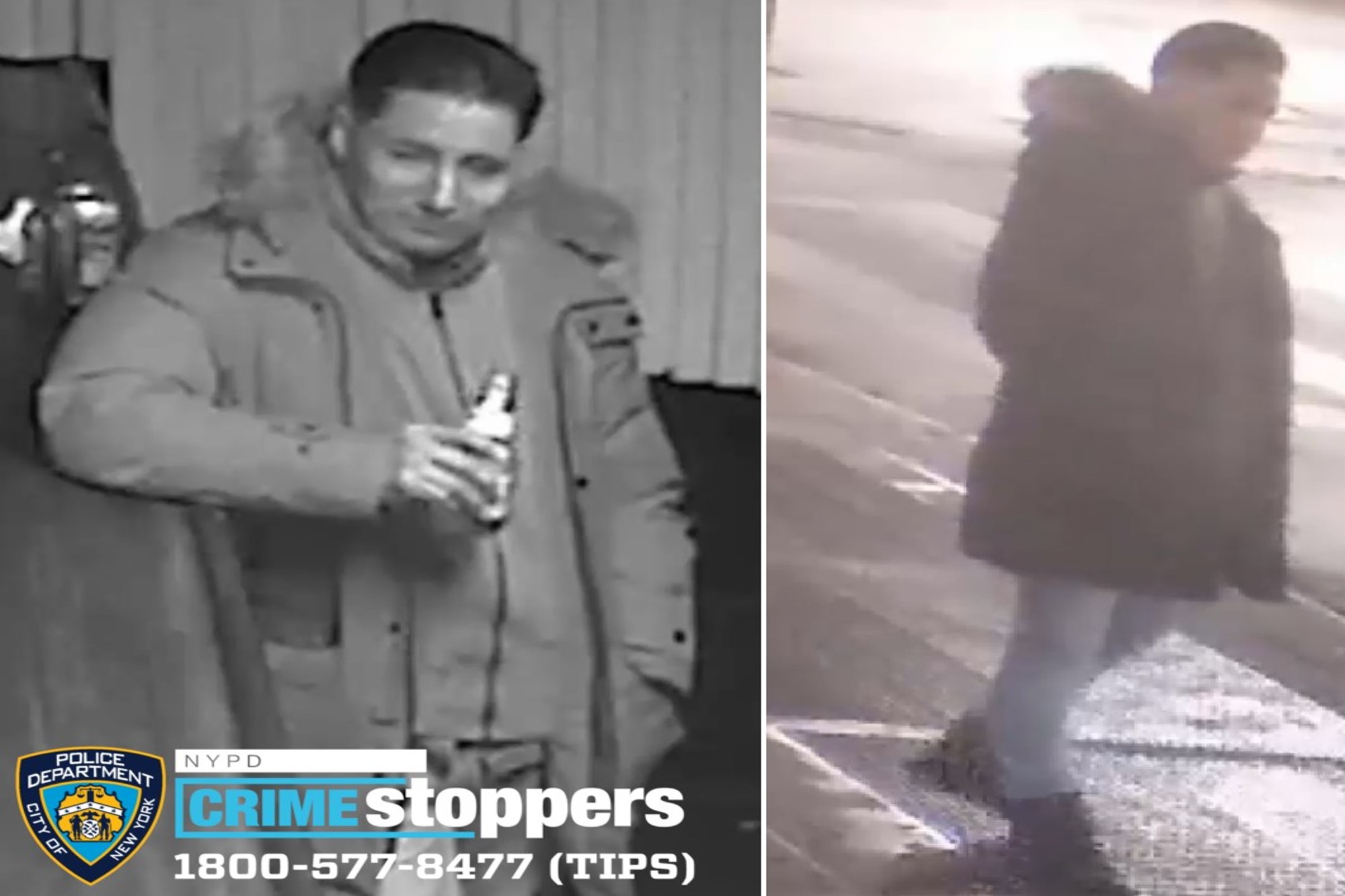 A man stole a running car with a sleeping woman inside and drove her to a spot where he sexually abused her, cops said on Saturday.

Video released by the NYPD shows the creep appearing to walk by the car on Nov. 7 at around 4 a.m., then stopping in his tracks and hovering near the vehicle as he apparently realized the victim is alone.

He then gets into the driver’s seat and pulls away, the video shows.

A 26-year-old male had left his car parked and running in front of 315 Wyckoff Ave. in Brooklyn while his 27-year-old girlfriend slept in the passenger seat, police said.

The man who took the running car then parked the vehicle near Suydam Street and Onderdonk Avenue, where he kissed the woman while she slept and put his hand down the front of her pants, cops said. The woman woke up terrified and screamed once she realized the man was not her boyfriend, according to police.

The suspect, described as a 35-40-year-old Hispanic man, exited the car and fled on foot in an unknown direction, cops said.

The NYPD asked for help identifying the suspect and released photos and videos of him, including the video of him getting into the vehicle and appearing to drink a beer at a bar.

Anyone with information in regard to this incident is asked to call the NYPD’s Crime Stoppers Hotline at 1-800-577-TIPS.