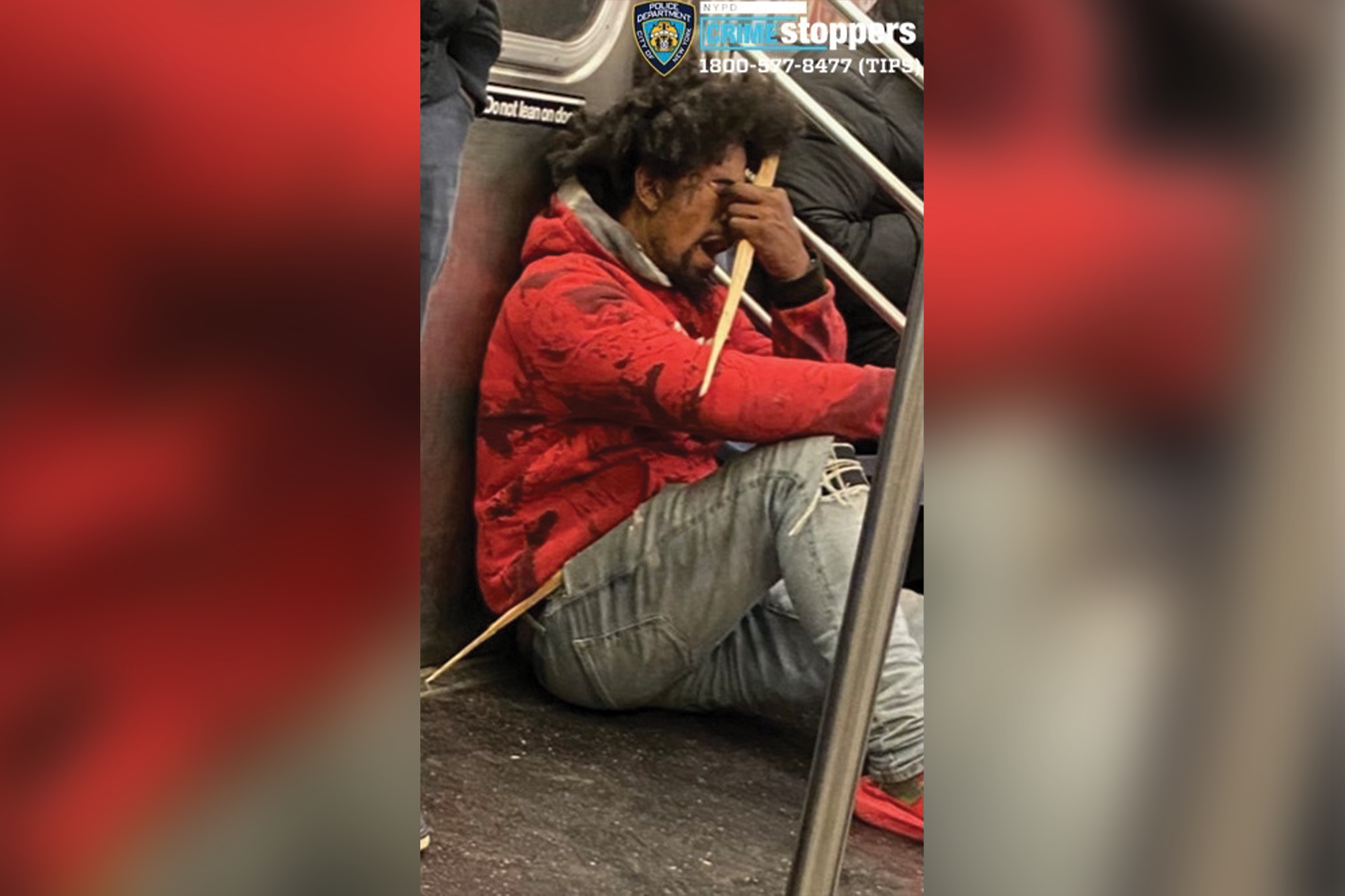 The suspect spewed derogatory comments at the 46-year-old victim and made the threats aboard a 4 train near the Lexington Avenue and 59th Street station last Monday at about 7:20 a.m., according to the NYPD.

The man was holding one of the makeshift knives and a second weapon was sticking out of his pocket, according to a photo snapped by the victim.

No injuries were reported during the confrontation and the suspect remained on the loose as of early Monday morning.