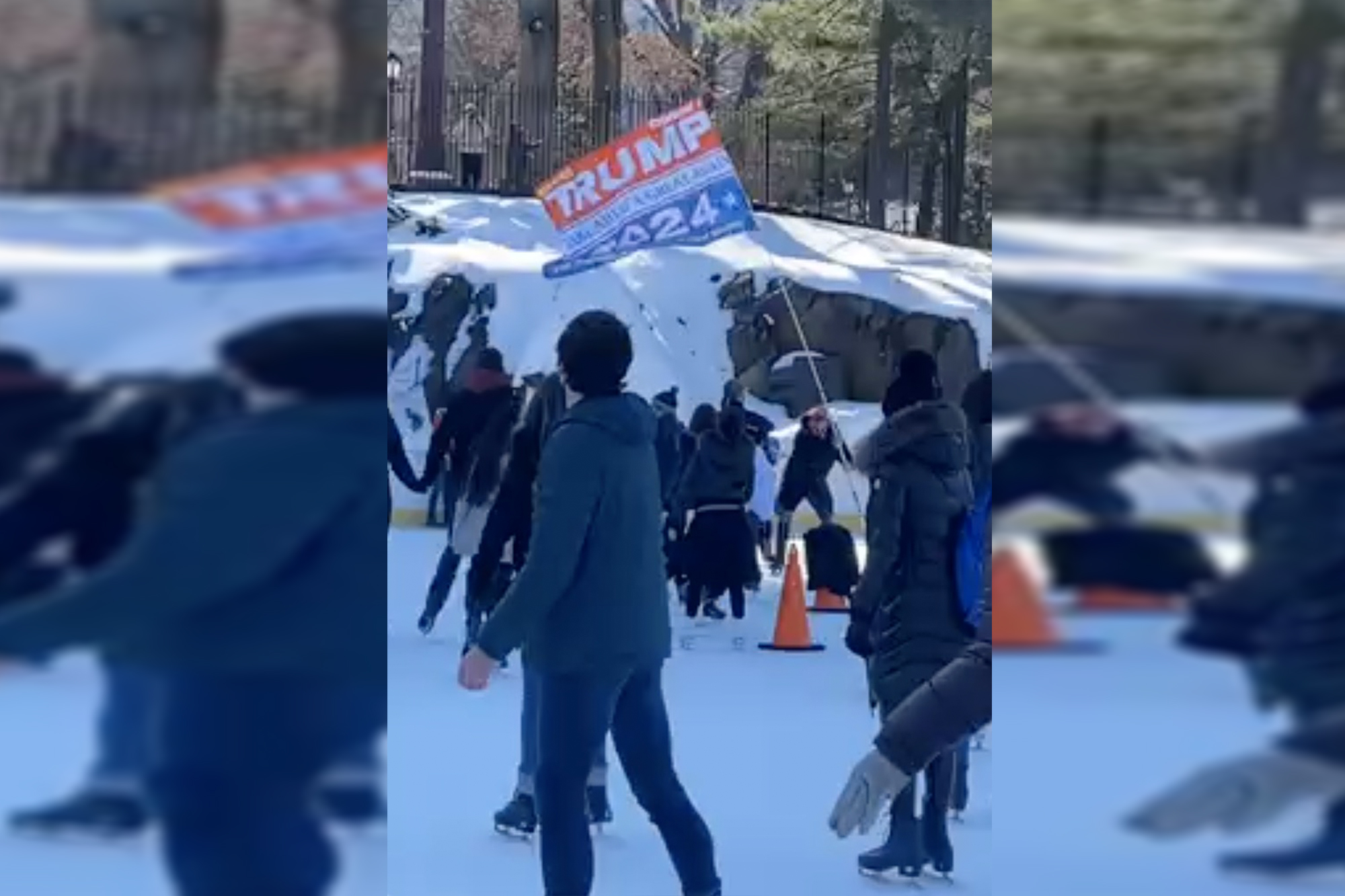 A man was captured on camera defiantly waving a “TRUMP 2024” flag while skating on the Trump-run ice rink in Central Park Saturday  — after Mayor Bill de Blasio announced he’d shutter the rink early to put the freeze on the former president.

The President Donald Trump-booster was seen unfurling the massive red-and-blue flag in Woolman Rink on Saturday — a day before Hizzoner was set to close it along with the park’s popular Lasker Rink, footage shows.

“You know this is really a good finale for it to close tomorrow,” a teenager who shot footage of the flag-waver can be heard saying — as another onlooker shouts “whooo!”

But skaters at Central Park’s two rinks said this weekend they were devastated that their time on the ice was cut short this year — after The Post reported de Blasio would shut down the rinks six weeks ahead of their typical April closing dates.

Last month, Hizzoner said he would scrap city contracts with the Trump Organization, accusing then-President Trump of encouraging rioters to storm the Capitol.

Trump’s business group, run by his sons Donald Jr. and Eric, has run the rinks for more than three decades.

Preparing for Cyberstrike on Russia, U.S. Confronts Hacking by China