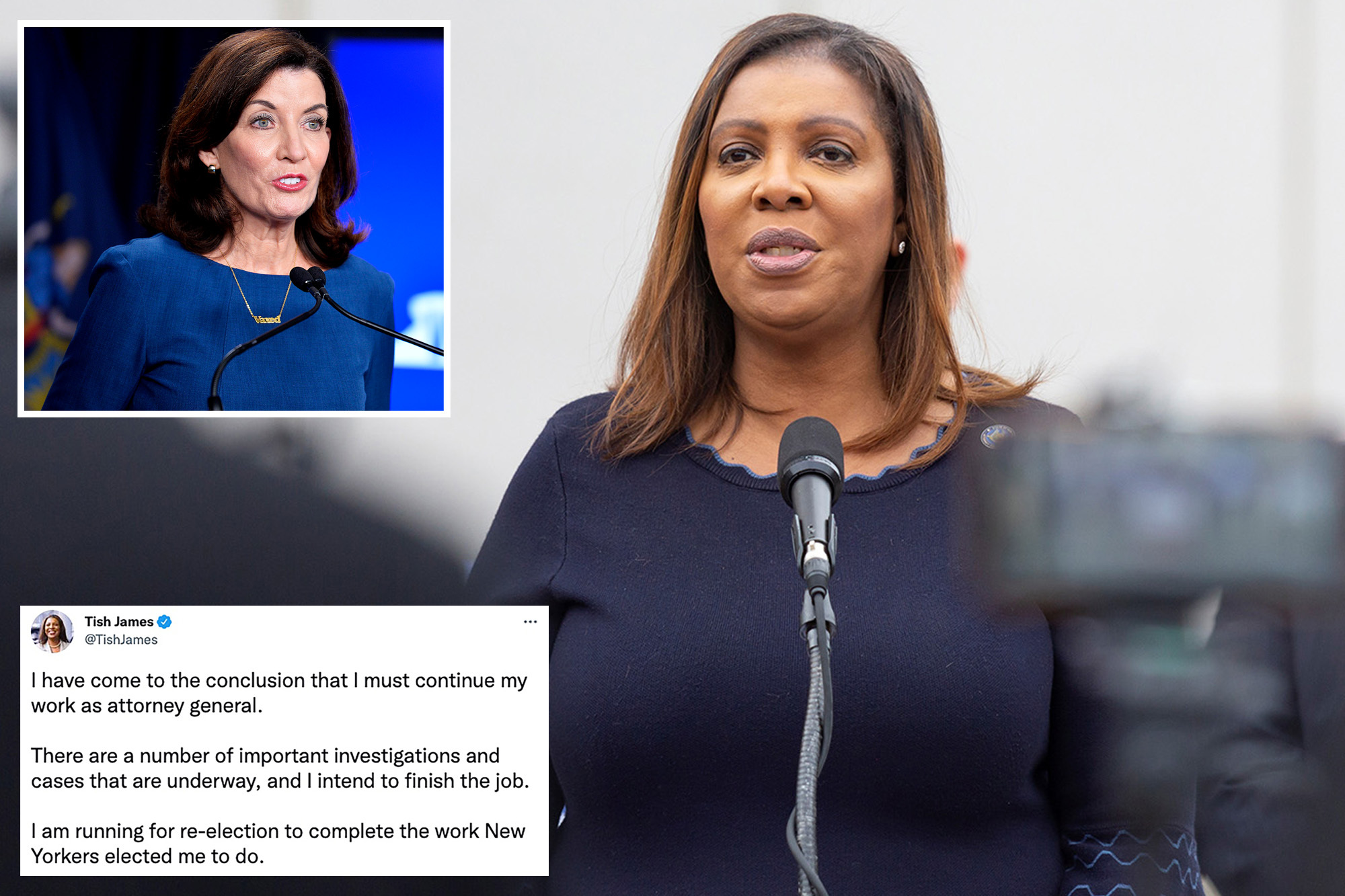 State Attorney General Letitia James is dropping her bid for governor against Gov. Kathy Hochul in 2022 and will instead run for re-election as New York’s top lawyer.

“I have come to the conclusion that I must continue my work as attorney general. There are a number of important investigations and cases that are underway, and I intend to finish the job. I am running for re-election to complete the work New Yorkers elected me to do,” said James in a statement Thursday.

James’ short-lived campaign lasted barely a month, after announcing her bid in late October following months of speculation that she would mount a challenge to Hochul.