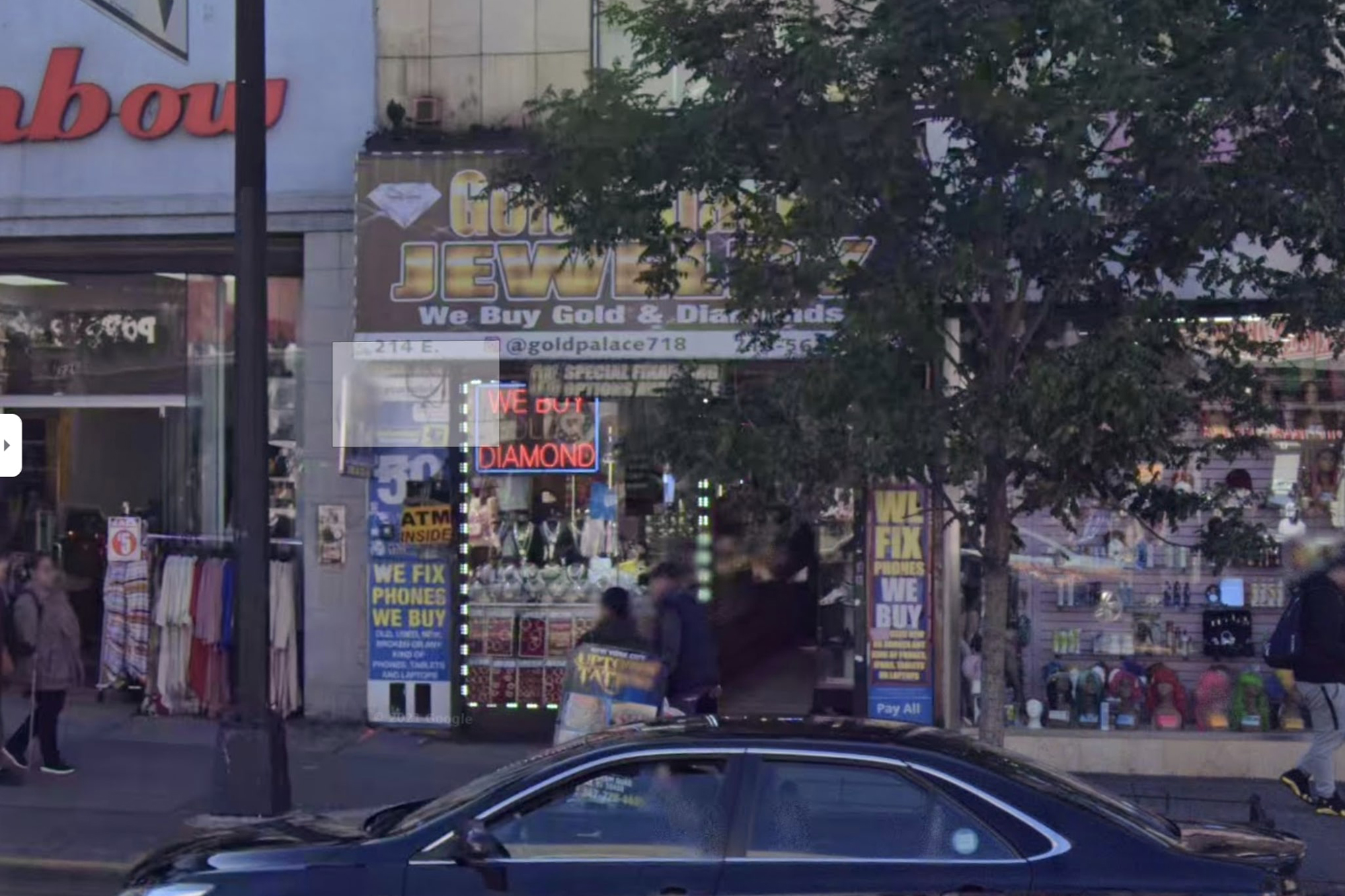 Two pistol-packing thieves stole about $300,000 worth of bling from a Bronx jewelry store in broad daylight Tuesday, the NYPD said.

The robbery happened around 4 p.m. at the Gold Palace jewelry store at 214 East Fordham Road, a police spokesman said.

Both thieves pulled out pistols — one of them with an extended magazine — after entering the store and headed for the counter where the heaviest gold chains were stored, according to police sources. The crooks then demanded the owner give them the pricey pieces.

The men, who were around 25 and 35 years old respectively, fled east on East Fordham Road with the chains, cops said.

A black plastic bag and a footprint were left behind by the thieves, the sources said. The NYPD was investigating.