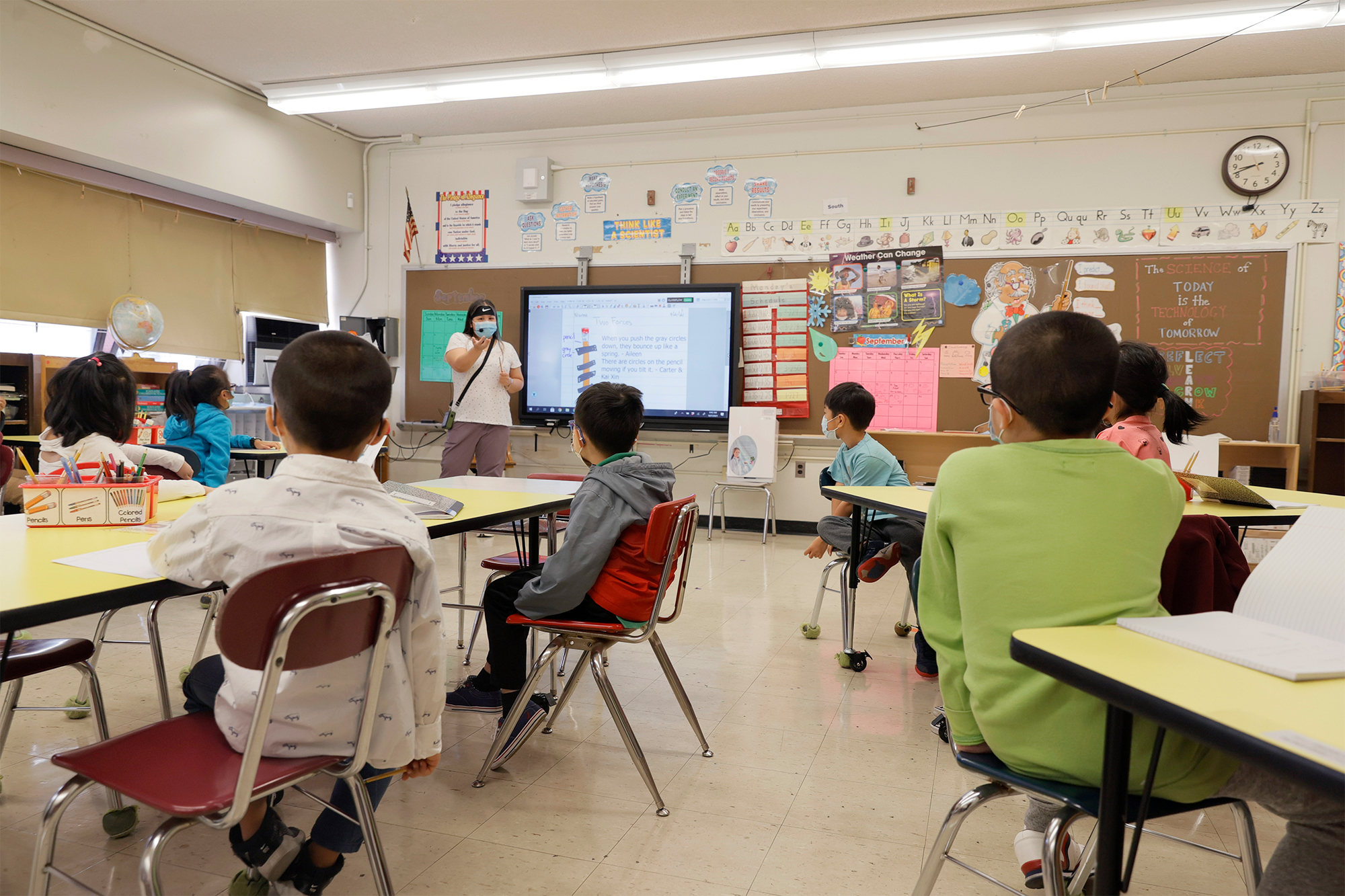 Roughly 80 percent of New York City kids between third and eighth grades did not take annual state exams in the spring intended to gauge math and English proficiency, according to the state’s Department of Education.

Officials said the sharp decrease in test takers in were largely due to coronavirus-related reasons and asserted that the results were of limited value.

To account for the pandemic, the state used an opt-in format for the tests last year and noted that they were offered in person while most city kids were learning solely on a remote basis.

Asian students had the highest math testing rate at 34 percent, followed by whites at 25 percent, Hispanics at 16 percent, and blacks at 14 percent, according to NYSED data.

Asians also had the highest engagement rate in English with 31 percent sitting for the exam. Whites followed at 26 percent, Hispanics at 17 percent, and blacks at 16 percent.

State exams are graded from one to four, with kids hitting the latter two scores considered proficient.

Overall, 64 percent of city test takers met that benchmark in English and 52 percent in math, according to the DOE.

In English, whites had the top passage rate at 79 percent, followed by Asians at 76 percent. Blacks students came in at 48 percent, and Hispanics at 47 percent.

Stressing the impact and disruptions of the coronavirus, state education chief Betty Rosa said that this year’s exam results are not indicative of the state of public education across the state.

“These scores do not, and I stress, do not tell the whole story as it relates to student performance,” she said. “Remember these measures are for learning in this particular situation should not be used to compare.”

City officials echoed the caveat, with schools Chancellor Meisha Porter stressing that the exams were taken under unprecedented duress and would not appear on permanent records.

“One thing is clear: our families each faced many different circumstances last school year and these results do not accurately reflect the diversity of New York City schools,” Porter said in a statement.